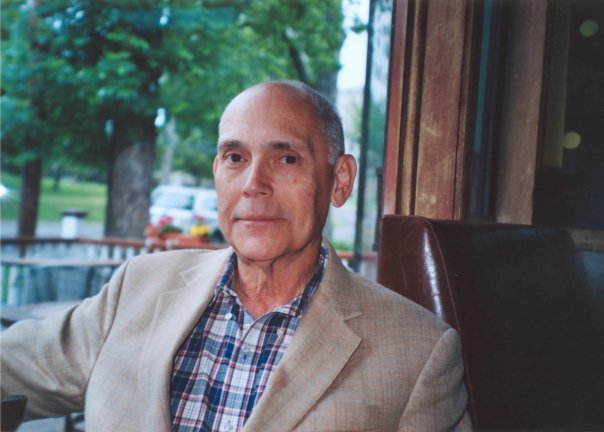 Alejandro studied philosophy and literature as well as piano in his native Caracas (Venezuela) before moving to the USA to study composition, piano and harpsichord at Yale (Mus.B. 1958, Mus.M 1960) and music history at Harvard (Ph.D. 1971). He has taught at Yale, the University of Victoria, Brandeis, Harvard, and the University of California at Santa Barbara, where he was Emeritus Professor.

Words that come to mind when attempting to describe Planchart’s achievements are polymath, inexhaustible, generous. Besides the musicological scholarship for which he is best known and which will be his legacy, his first published article was in mathematics, and he continued to produce original compositions throughout his life. He was an indefatigable performer and conductor of both early and contemporary music, editing little known works from the entire middle ages and early modern periods and bringing them alive in performance with university and semi-professional ensembles; his pioneering recordings with his Yale Capella Cordina brought to sound much early music that had never been performed in modern times, let alone recorded, and was sealed by his own inimitable singing of the plainsong intonations.

He was concerned with music at all levels, from the most arcane codicological and archival research to editions, analysis and historical context, through to performance. But it is the extraordinary range and quality of his work as a musicologist that form his lasting contribution, in over a hundred articles, encyclopedia contributions and reviews, ranging from medieval chant repertories and early polyphony, to Du Fay and a wide range of 15th-century issues, including performance questions, but also later composers (Morales, Tartini).

Planchart’s first major contribution to scholarship was the two-volume The Repertory of Tropes at Winchester (Princeton UP, 1977). In a first volume he made a detailed analysis of this eleventh-century repertory of new chant compositions, working out both the manner of its development from the time of the mid-tenth-century Benedictine reform to the Conquest, and its relation to continental traditions. In a second volume he provided a catalogue of the Winchester trope repertories, listing all known concordances. Unlike the later Corpus Troporum catalogues, this presented trope elements in groups: to make sense of concordances following these (highly variable) groupings was difficult, but he managed it with clarity, and he remained proud of that approach many years later. No previous study of any part of the trope repertory had achieved either the breadth or depth of this study: at the time it was described as a work of ‘formidable erudition’, bringing an ‘insightful intellect’ to bear on a vast amount of information. Above all, it was able to bring knowledge of liturgy and music into discussion of a significant historical context (the Æthelwoldian reforms at Winchester and the wider monastic revival in England). Both as a model study and as a catalogue of tropes, it has stood the test of time, and remains, more than forty years after publication, a significant element in the bibliography of early medieval music.

Planchart’s interest in the practice of troping was then transferred to the southern Italian repertory: the edition made with John Boe of the Beneventanum Troporum Corpus in 13 volumes now stands as the only fully edited (with music) body of tropes from any part of Europe – with the sole exception of a much smaller body of material from Bohemia. This edition was a monumental task, involving work from a multitude of manuscript sources. Planchart’s consummate skill in mastering and controlling this material in its main aspects – historical, codicological, palaeographic and musical – brought to light a repertory cultivated in a culturally significant area, with relatively archiac liturgical traditions. The texts of tropes sung in other parts of Europe have largely been edited (although not by source, so that the interest of versions sung in different places has been relegated to second place); the music of those tropes remains almost entirely unedited. The reasons for that absence (lack of interest in the making of editions, sheer hard graft, difficulty of access to manuscript sources, lack of knowledge of musical notations) highlight the especial significance and brilliance of Planchart’s contribution to the field.

Planchart’s lifelong interest in the towering fifteenth-century composer Guillaume Du Fay has resulted in a series of about twenty major articles, now crowned and digested in the publication of his monumental and long-awaited two-volume study Guillaume Du Fay (Cambridge, 2018). He has gradually revolutionised our knowledge of Du Fay’s career and biography through painstaking archival research and expert interpretation of genres and contexts. Archival research does not yield quick results, and is in no sense a mechanical pursuit. It is his painstaking work, especially in the Archives du Nord in Lille and in the Vatican library, that has not only uncovered documents by knowing where to look, knowing alongside which senior clerics and patrons his quarry might be lurking, but the phenomenal memory and historical expertise that has enabled him to interpret, flesh out, and give context to bare mentions in records of payments or benefices. And always he cared about the music; what he had completed of his online performing editions of Du Fay is available on www.diamm.ac.uk under ‘Resources’; his musical commentaries are always fresh and insightful.

The publication of an 800-page Festschrift in 2015 reflected the respect and affection of numerous colleagues and former students: Qui musicam in se habet: Studies in Honor of Alejandro Enrique Planchart, ed. Anna Zayaruznaya, Bonnie J. Blackburn, and Stanley Boorman (Middleton, Wisconsin : American Institute of Musicology, 2015). It lists his publications, compositions and recordings. Many of us were able to share the pleasure of presenting it to him at conferences in 2015.

Among his many honours were the Howard Brown award of Early Music America for lifetime achievement in Early Music, and Honorary membership of the AMS. Had he lived, he would have been awarded a British Academy prize this year, both for life-time achievement, and in recognition of the publication of Guillaume Du Fay.

Throughout, his great generosity in responding to enquiries, in sharing his material with (or giving it to) colleagues and younger scholars is legendary. He was always generous in his opinions and encouraging to scholars in whom he recognised some promise. He brought the widest possible cultural knowledge to bear on everything he touched. He was a great talker who nevertheless managed to take in as much as he gave out. He had an unusually wide and well-deserved circle of friends and admirers, colleagues, former students, performers with whom he had worked. His last years were clouded by health problems which he bore with determined bravery, making few concessions in his travel plans – he intended to be at the Med-Ren conference in Basel this summer. Conferences will not be the same without his vivid presence and wide-ranging questions; he will be sorely missed.